Thursday Island Cemetery reflects the history of occupation since the settlement of T.I in the late 1800s. Muslims, Buddhists, Japanese, Pacific Islanders and Torres Strait Islanders rest peacefully within the 3-hectare cemetery situated on T.I's north-east side along Aplin Road.

WWII had a tremendous impact on the islands and the people. The Torres Strait played a vital role in Australia's northern defence. The war reached the Strait with air raids on Horn Island in March 1942. T.I, however, was not bombed, as there was a rumour circulating at the time that a Japanese princess was buried here.

There were great risks for divers in the late 1800s to the early 1900s. The legendary "Darnley Deeps"(the deep waters off Darnley Island) were infamous for claiming many young lives. Today, there are over 700 Japanese graves on Thursday Island.

Over 50% of those people who died were under 21 years of age. The most common cause of death was "The Bendz". On August 15 1979, a memorial commemorating the fallen was erected at the Thursday Island Cemetery by the Japanese Consulate. This plaque pay tribute to the Japanese who helped to establish the pearling industry :

"This monument has been erected in memory of the centenary of the Japanese people who worked, lived and died in the Torres Strait area. From 1878 to 1941, thousands of Japanese were employed in the gathering of pearl shell and this constituted the principal enterprise of Northern Australia. They worked hard together with the Islanders contributing to the development of the fishing industry during this period. Approximately 700 of the Japanese people died in the Torres Strait area.
"May the Japanese rest in peace here".

The Torres Shire Council currently has a register of grave plots from the Cemetery dating back to 1939. 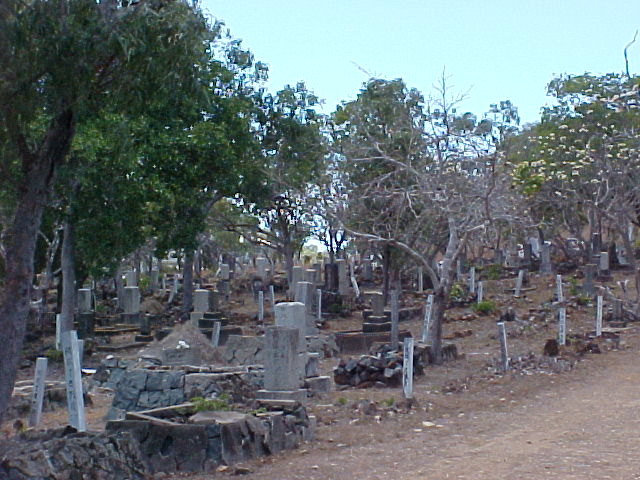 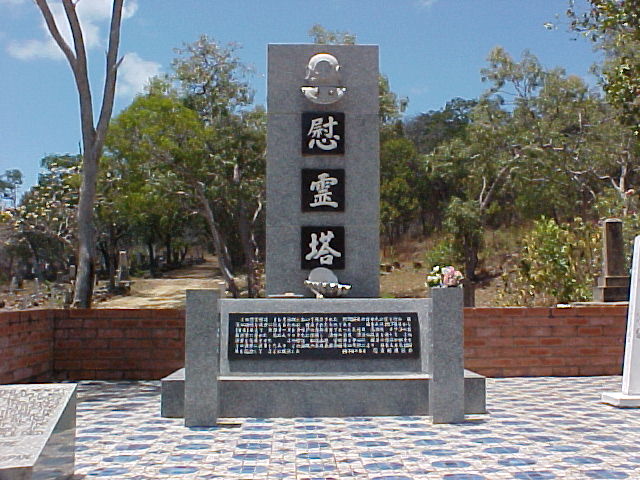 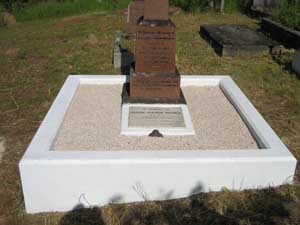