Many of the issues faced by the young people of the Torres Shire are not dissimilar to that experienced by the youth of other communities. With alcohol and drug and substance abuse, boredom, unemployment, lack of facilities, teenage pregnancies, and general Juvenile Justice issues being major concerns for the newly formed Torres Shire Youth Council, there is better hope with the opportunity to table these concerns with a higher priority on the decision-making processes of Local Government.

But what sets the Torres Shire apart from other Shires is that its distinct communities are situated in the homeland region of the Torres Strait Islander people. With the average life expectancy being 20 years less than that of non-Torres Strait Islanders, plus chronic health issues such as diabetes, overcrowding and housing shortages, unemployment and high level of welfare dependency being only some of the issues, the young people of this region are further faced with this Shire being the only Local Government Area in Australia that has people in very close proximity to an international border.

Drug trafficking and illegal immigrants and the threat of diseases at our doorstep add to the myriad of concerns for the Torres Shire Youth Council and especially the leadership within this region.

Aged between 12 and 17 years old, the members of the Torres Shire Youth Council have the opportunity to run for Junior Mayor, Deputy Junior Mayor and the position of Secretary. With not many opportunities to experience leadership roles in the wider community, the youth in this age group also allows members of the Primary Schools to voice their concerns also.

The key role of the Torres Shire Youth Council is to:

The Youth Council has launched its very own Youth Portal.

(Please Note: The Youth Website is in the process of being updated) 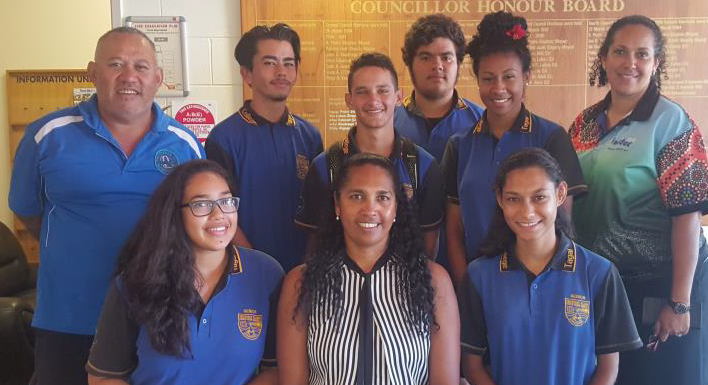