Horn Island, with an area of 53 square kilometres, consists mainly of vacant Crown land. The Aerodrome occupies 6 square kilometres. On the eastern side of the island is a Gold mine, which was in operation until recently.The main urban area on the Island is the township Wasaga, with general stores, churches, a community hall, motel, modern hotel and bulk storage facility for cargo.The public wharf provides an interchange service between the aerodrome and the Thursday Island ferry. Adjacent to the Public wharf is the cargo wharf, build to primarily service to gold mine, but now used as a public cargo wharf. 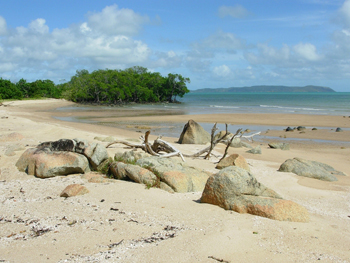 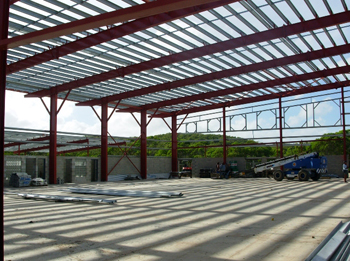 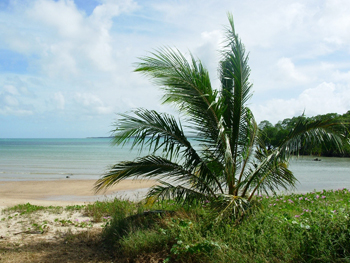